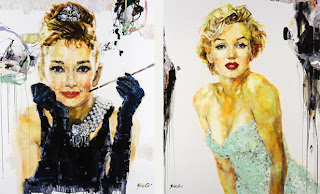 Artist Statement
My mission is to create contemporary portraiture that this generation can rediscover and appreciate. Juxtapositionning representational style and gestural abstract, my work brings a fresh approach to this genre.
Biography

For artist Sunny Choi, beauty encompasses a sense of freedom, balance and harmony. Her need to create beauty is reflected in her work as a painter and as a fashion designer.

Choi has had an internationally acclaimed career as a designer that blossomed into a 20-year journey, establishing her brand in stores such as Saks Fifth Avenue, Neiman Marcus, Barney’s and Nordstrom dressing celebrities such as Alison Krauss, Susan Sarandon, Daryll Hannah, and Sharon Stone.
Sunny Choi is highly regarded as one of North America’s leading designers of women’s clothing. Her collections are the epitome of elegance and style. While bringing this sensibility to her painting practice, she continuously explores images of timeless beauty.

These characteristics trace back to her family roots in Korea, as her works reflect the subtle balance between the strength and discipline of her father Major General Choi Hong-Hi, the former Korean ambassador of Malaysia (also a famous calligraphist, and founder of Tae Kwon Do), and the beauty, femininity and poise of her mother.

After graduating from the Seoul National University with a Fine Arts Degree, Choi continued to study communication and design at Toronto’s Ontario College of Art. As a freelance illustrator, she worked for high-end boutiques and advertising agencies, while returning to OCA as an illustration instructor. 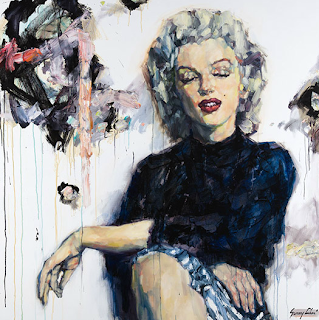 In the early to mid 1980’s, Choi simultaneously continued her practice as a painter, exhibiting at the prestigious 21 McGill Gallery and at Hart House. Imperial Oil offered its cardholders the original painting of Oriental Man on Horseback and Oriental Woman on Horseback, in limited edition signed lithographs.
After 1985, the fashion scene was booming, and Choi fell into the fashion world, expanding year after year to include seven freestanding boutiques in North America and major department stores around the world. Now returning to a full-time painting career she says, “It’s been a wonderful 20 years, but I finally feel like I’m getting my freedom back.”
Sunny Choi