Sigmund Abeles was born 1934 in New York City and raised in South Carolina.  He is an artist whose work deals with the expressive and psychological aspects of the human figure (and animals); an art focused on the entire life cycle. Drawing informs all his work. He works in pastels, oils, the graphic media, and sculpture.

Currently, Professor Emeritus at the University of New Hampshire, after 27 years of teaching, he is working full-time in his NYC and upstate New York studio.  Recipient of numerous grants and awards, a National Academician; Abeles work is in the collections  of the Boston Museum of Fine Arts, the Chicago Art Institute, the Metropolitan Museum of Art, the Museum of Modern Art, NYC, the Philadelphia Museum and the Whitney Museum of American Art, among many others. 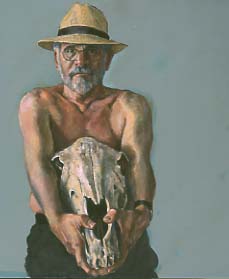 Coastal Carolina University awarded him an honorary doctorate in 2000. A major one-artist exhibition was at Thomas Williams Fine Arts, London, UK in 2000. The Pastel Society of America made him their Hall of Fame Honoree for 2004 and was awarded their Degas Pastel Society Award in 2006. 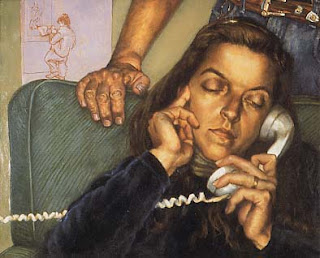 He is represented by The Old Print Shop, NYC, Hampton III Gallery, Greenville, SC and Cherly Newby Fine Arts, Pawley’s Island, S.C.  “From Whence I Came” a retrospective was held at the Burroughs-Chapin Museum of Art in Myrtle Beach, SC, his hometown, in 2007. “Passionate Lives, Passionate Lines”, dual solo exhibits open in May  at The Park Row Gallery and The Joyce Goldstein Gallery in Chatham NY.  He is included in Humanity, One Hundred Years of Figurative Art at the ACA Gallery in NYC.
Sigmund Abeles