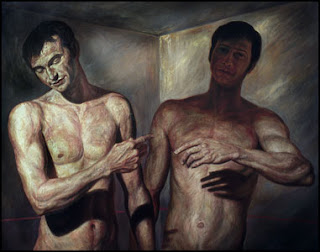 Born in Rome, from artist family, Riccardo started very young with oil painting. After classic high school he attended Fine Arts academy. He worked for several years in Tunisia and in France. He deepened his knowledge of painting with stages in Odd Nerdrum studio in Norway. His works have been exposed in most important Museums of Italy like archaeological Museum of Palestrina and the Etruscan Museum of Villa Giulia in Rome. He lives and works between Singapore and Paris. 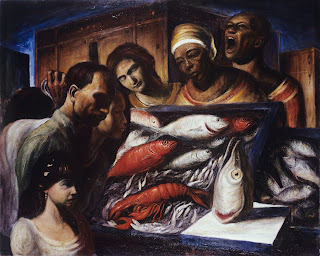 Artist Statement:
A painter today can ask himself what sense is there to paint in figurative manner especially now when the photo has taken the role of mimetic representation of reality. This reflection leads inevitably to another: what is the ultimate meaning of artistic creativity? One day I heard from the writer and filmmaker Alejandro Jodorowski that when he was in a period of crisis after many dramatic inner doubts, he arrived at the conclusion that if an artwork has no therapeutic power then this is not art. Twenty years ago I even arrived, intuitively, at a similar conclusion when in the metropolitan museum I found myself in front of a Rembrandt, one of those paintings made in the last years of his life. The work, done with few and energetic brushstrokes, impressed me so violently. The profound effect that it had on me was to completely overturn the perception of reality.

Perhaps one of the deepest meanings that can be found in art lies in the ability which a painting, a book or a composition has to precisely change the perception of reality in a way completely cathartic and shocking so as to create a beneficial earthquake internally capable of carrying a beneficial rediscover of themselves. It is precisely in the creative process of painting that the artist can find an expressive way, while respecting the representation of the image, which goes beyond the image, in order to catch the silent secret hidden behind reality. The brushstroke can create layer upon layer, the thickness of a trunk of a tree, the fullness of a body, just like the slow action of a river confirms the particular form of a bank, like the action of the wind can blunt the form of a rock, as the action of rain refines the contour of marble. And it is in these moments that the artist as a crazy gambler can grope to grasp an encrypted code of life hidden behind the simple visual image.
Riccardo Rossati 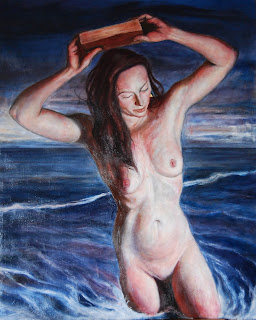 THE OBSCURE PRISM Born in Rome, Italy, of well known and appreciated artists, Riccardo Rossati is nevertheless a self founder. Not that he doesn”t hold in due consideration his landmarks, the great Italian Renaissance, the Flamish painting or modern expressionism, he just blends and remodels these sources, filtering them through his obscure prism and projecting its beams on a barely contemporary world. According to Riccardo Rossati, reality cannot be disfigured, on pain of forgery and imposture. A work of art should remain a rite of consecration, an influential canon, not just a heap of intuition elements, anything but universal. Art goes beyond chemistry or applied physics as name parts from the simple thing, formalizes it and slip the self referring character of a pure fetish, the reduction of a thing to itself. And this is what Rossati”s vision is based on. A world made of suspension of events, still time flattened over space, in an atmosphere of deep astonishment, as ego seeks refuge in soul and splits from trivial daily trifles

THE ONEIRIC REALISM The matter in hand is neither an ascetic retiring into a separate mental order nor unconsciusnedd, indifference. We should rather talk of a purification need, a painfull evocation of the world nullity wich vomits unaware witnesses both protagonists and spectators. In other worths, Leibnitz”s monads, arboreus and serial human kind, whose members appear separated by a flowing, discontinous space. Some critics define all this “oneiric realism”.

THE FOURTH DIMENSION As to his technique, Riccardo Rossati shows a wide variety of solutions but he definitely prefers oil on canvas  which he needs to attain the tridiensionality of a virtual sculpture. But what he really aims at is the secret sphere of feelings and thoughts digging through his now rugged now smooth surfaces. It”s the fourth dimension. His purpose is both an ethic and aesthetic “telos” destined to make life more bearable. Instead of sticking of fierce loneliness, Riccardo Rossati”s message keeps dominated by an unappeasable need of human interlocution.
Elio Del Giudice Pellegrini, 2007