It’s not often that your gal in the trench gets to the opening of an exhibition of one of our figurative artists but last week I did! Chris Woods opening at The Reach in Abbotsford, BC had been marked on my calendar for a couple of months and my brother just lives 2 blocks from this fine gallery so we made the small trek over there last week.

The theme of the show was Star Wars and even the food was influenced by this pop culture icon. 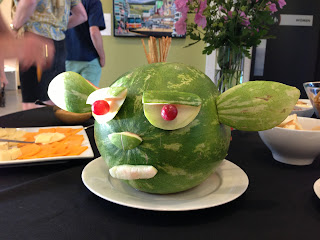 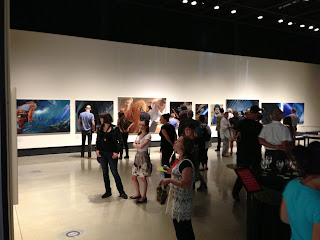 In his first solo museum exhibition, Chris Woods’ Sandstorm is a collection of 14 epic-scale paintings that will tackle the most important movies in the history of pop-culture: the original Star Wars Trilogy.

These paintings will ask the question: What if we saw the events of Star Wars through the eyes of its main antagonist, Darth Vader?

Sandstorm will take stylistic inspiration from the 19th century French Romantic painter Eugene Delacroix and will be based on
scenes from the original Star Wars trilogy. These oil paintings on canvas will look, darkly, through Vader’s artificial eyes at the heroes, Luke Skywalker, Princess Leia and Han Solo.

To Vader, these heroes must have appeared in his nightmares as shadowy figures that had but one mission: see Vader dead and everything he built destroyed. 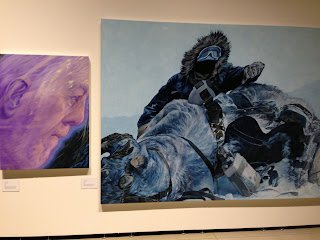 The images below show Chris’ son Peter as a young Luke Skywalker and himself as George Lucas. Display cases housed drawings Chris had made as a young boy about the movie and its characters as well as interesting original fan club materials. Gee, do fan clubs by mail still exist or is it all online now? 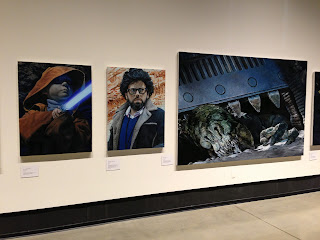 Chris Woods earlier works explored other aspects of pop and modern culture as shown below. 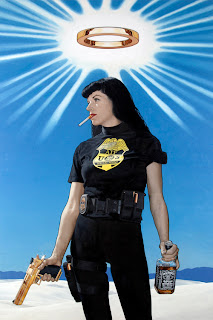 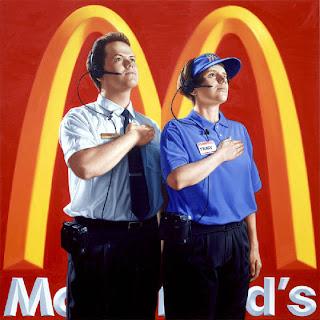