Bo Bakker (born in 1953 Amsterdam, the Netherlands), graduated in Graphic Art, Painting and Monumental Art at the Gerrit Rietveld Academy in Amsterdam in 1978. After his graduation he designed record sleeves for Phonogram, provided illustrations for various magazines and created monumental pieces such as the painted panels on two facades in the Vinkenstraat (Vinken Street) in Amsterdam.

At the same time, up until 1990, he also pursued his own artistic direction, adopting various styles in painting and mixed media. 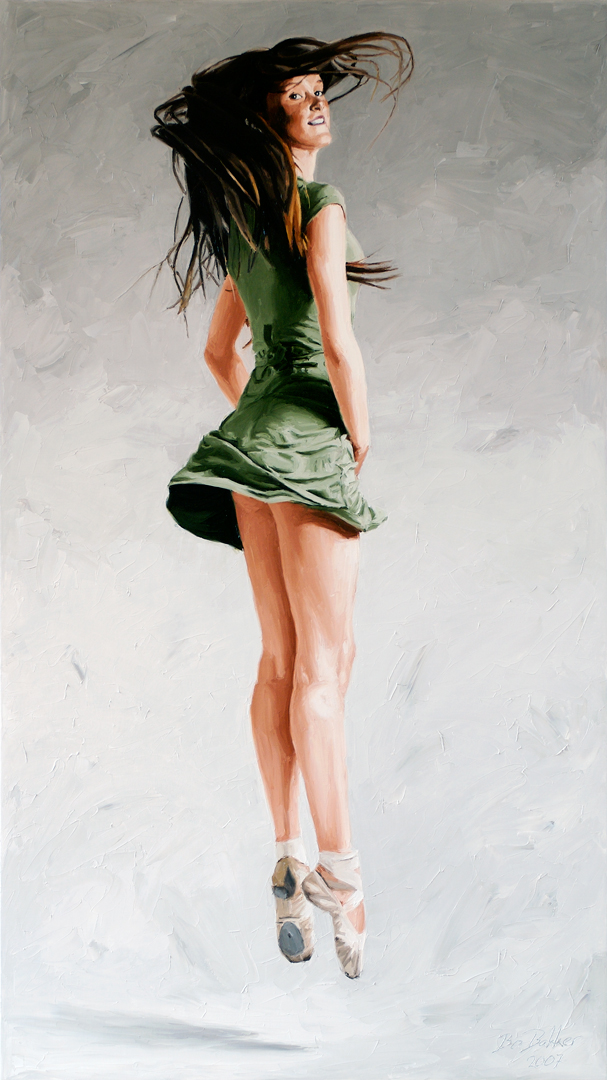 In 1993 he began photographing people in public places.
The spontaneous, natural character of these photographs fascinated him, but he missed the magic of painting in these so much that in 1997 he decided to combine these two disciplines.
The result was a series of life sized portraits of women, who seemed to have stepped right out of everyday life. This formed the stepping-stone to the portraits in commission, starting in 2000, and mainly thanks to the mediation of Gallery De Portretwinkel in Haarlem, Holland.