LIFE, DEATH AND THE PURSUIT OF SOMETHING MORE: 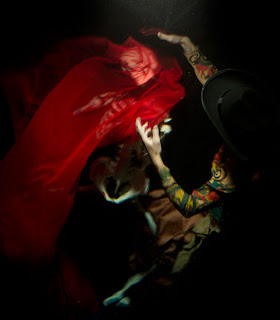 “Show Me How to be Whole Again”

“SHOW ME HOW TO BE WHOLE AGAIN” , the newest collection by artist Christy Lee Rogers begs an explanation for the title piece with its mysterious faceless matador, animating a human skeleton swathed in red who joins her disparate cast of symbolic characters in their underwater dance; it’s in the shadows down below that one finds illumination from Rogers’ frieze of mankind’s most vulnerable points, bringing us back up to the surface with a message of strength – life, death and the pursuit of something more.

With titles like “Vanity and Vexation”, “Grip of the Undertow” and “Oppressed by Figures of Beauty” her combination of a Native American Indian, clown, French soldier, cowboy, African tribesman and human skeleton, propose complex ideas set in scenes outside of the bounds of history and geography, which, so released, unleash the boundless sensation of endless humanity. 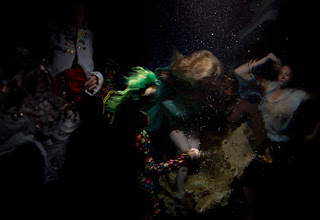 “Grip of the Undertow”

Each figure is one fragment of infinite references to a cultural framework it’s trapped inside of, unable to exist outside of, incapable of being alone, nothing on it’s own – a fragment of the whole. Show Me How To Be Whole Again by Christy Lee Rogers brings myriad references back where we started – the sea, where together they swim in our collective conscious in the hope one day we may make them whole.

Shot in Hawaii, during the night in local pools, Rogers’ works once again pushes the boundaries of what is possible with a photograph, while creating all of her effects in camera, on the spot. The collection will be released starting in November at Galeria de Art AFK in Lisbon, Portugal, The Miller Gallery in Cincinnati, Ohio, and many other shows and art fairs for Rogers are confirmed in Paris, Angers, Brussels and London.

Rogers is a visual artist from Kailua, Hawaii. Her works have been exhibited throughout the US and Europe and are held in private and public collections throughout the world. She has been featured in International Magazines, including Harper’s Bazaar Art China, Eyemazing, Photo Professional, Casa Vogue, Photo Technique and others. 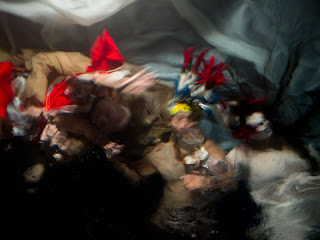